the birth of a baby is an emotional experience, no matter what the labour, no matter what the delivery. it can be 2 in the morning or it can be 2 in the afternoon, no matter what time of the day it is, it’ll be overwhelming. it doesn’t matter if the baby’s gender is a surprise or if a gender test australia has been used to determine the gender before birth. each birth is a unique and special experience.the births of my sons were so completely different from one another. during my pregnancy with bear i discovered that i was a homebirthing kinda mama and so dear hubby and i started down that path while still only weeks pregnant. in the end, neither bear’s nor lion’s birth was what we had planned for or wanted, but my choices were limited due to external circumstances.

bear was supposed to be born at home in a rented birthing tub, with dear husband and my two midwives by my side. but, unfortunately a week prior to my due date, our landlords at the time presented us with a letter from their lawyer stating they had changed their minds about allowing the tub in our third floor apartment. unfortunately, the tub was already sitting and waiting for bear’s birth. that day i cried like i’d never cried before. tears streamed down my cheeks and puddled on the floor. dear hubby, shocked by the sudden turn of events, tried to console me the best way he knew how. i felt devastated, betrayed and terrified. i had dreamed of a water birth and to change things so close to bub’s birth was difficult. my midwives were supportive and reminded us that i could still have a homebirth, even if we couldn’t use the rented tub. and so that was new plan, birth at home without the tub.


on february 12, 2008 at 6:30am my waters broke. it was almost a week past the estimated due date so i was excited to finally see some labour action. i ran (who am i kidding, i waddled!) to wake up dear hubby. he jumped up with excitement and was ready for action. unfortunately there were only very, very mild contractions, but we still decided it was best to call the midwives. they suggested we try to get more sleep and we made an appointment to see them later that morning. dear hubby and i could not imagine sleeping, but instead in our excitement chatted, made some phone calls and sent out a few emails.


well, long birth story short. after 50 hours of labouring, with intense contractions right on top of each other for two nights, and a couple of quick visits to the local hospital only to be sent back home to labour more, bear was eventually born via induction at the hospital. i pushed for about an hour and was the luckiest mama ever as all of a sudden the OB said “put your hands down and catch your baby”! so i did!!! my beautiful baby bear slid into my arms and into this world, with dear hubby grinning proudly and my midwives at my side. 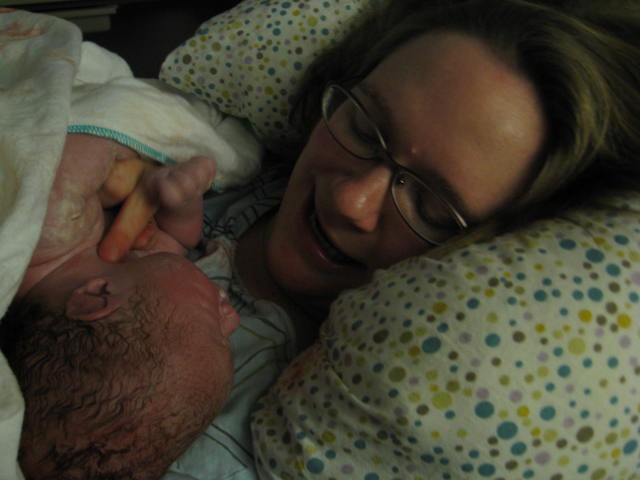 i looked at one of my midwives in fear and said “but i don’t know anything about boys” to which jackie smiled and said “now you’ll learn”.


though i didn’t know anything about boys, i did know that he was perfect. he was the most beautiful baby i had ever laid eyes on in my life. call me biased, but it’s true. to be honest, after laboring for that long, i was worried that he may be born with some defects, but i was blessed that i had fantastic doctors and midwives on hand to make sure that didn’t happen. i had read about birth injuries and how to visit a site like this one here if this had happened to us and we wanted to look for compensation. people i know have done this before and succeeded, so we had options. luckily, he was perfect in every way, and i couldn’t want to go through life with him.


taking bear home was the best but scariest moment of my life. we were very prepared and had been on mommyhood101 reading reviews and choosing all the best products out there, but all of a sudden you get home and feel so unprepared. it’s a unique experience to say the least. 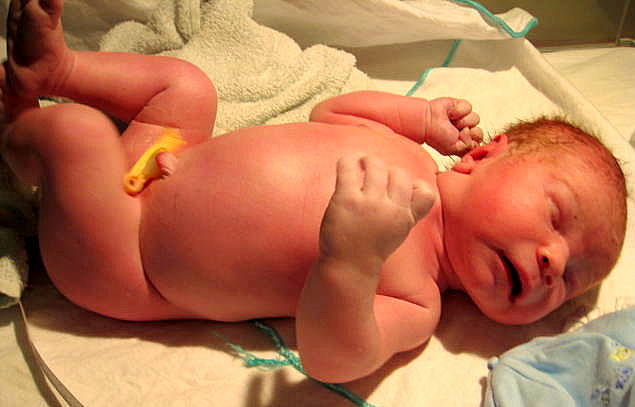 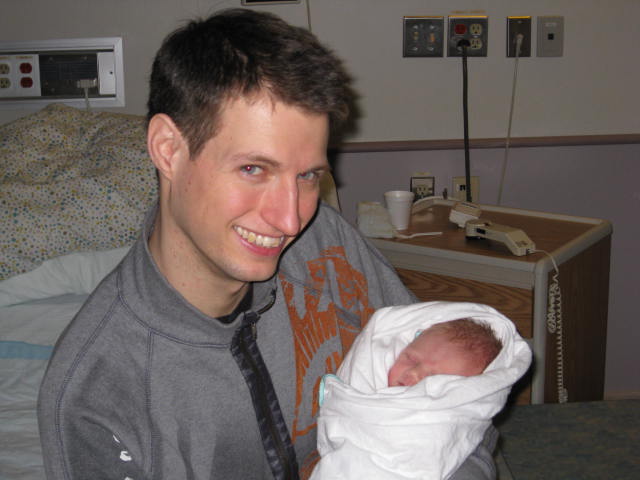 i think the initial stress of being denied the water birth by our landlords caused my body to react physically and stalled bear’s birth. also, because i laboured for so long after my waters broke and i had not taken the GBS test at 36 weeks of pregnancy, i ultimately had to be induced. when i went in for my first induction attempt i was verbally harassed by the attending OB, which was very stressful and upsetting, and i think ultimately stalled my labour even more. as we all know, stress is a very powerful reaction to countless triggers that we sense emotionally, physically, intellectually. it impacts every cell in our bodies, every thought and dream, all of our internal systems that keep us alive.


my experience with lion was completely different. first of all, he was our shocking little autumn surprise and we were thrilled to be expecting again in ’10! in my first trimester i started having terrible headaches that after some investigation were eventually linked to my pituitary gland tumour, which was discovered just days before christmas in 2009. we met with one of the neurosurgeons similar to dr timothy steel and decided it was best to wait until after the baby was born to talk surgery for removing the tumour. this meant, to my dismay, i was labeled “high risk”. high risk meant i could still have my wonderful midwives, but only for moral support. i was sent to a fancy hospital out of town where i was under the care of a high-risk OB and an endochronologist (hormone specialist). my pregnancy was normal considering i had this huge growth in my head, so it was planned that i would have a natural birth at the fancy hospital, where they had tubs and birthing chairs for use. but, then at the end of my second trimester, my headaches got worse and after a second MRI they determined the tumour was actually growing and it was decided that i had best have a scheduled c-section at 37 weeks. i was driving home alone after the appointment during which the c-section information was revealed and i had to pull over. i was crying so hard i couldn’t see. i called dear hubby at work and he was instantly scared. not only was i having a c-section, which is major abdominal surgery, but because of the tumour i would have to be put under a general anaesthetic (instead of the usual epidural). this meant that dear hubby was NOT allowed into the delivery room and meant because i would be unconscious our wee baby boy was going to be born completely alone. 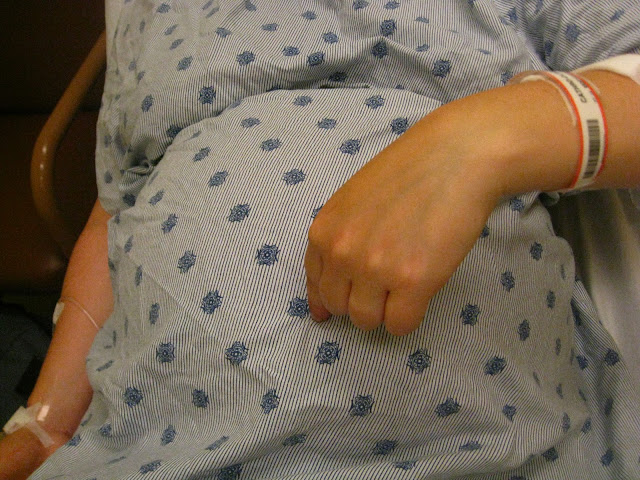 when i came to after lion’s birth dear hubby was there with terrifying news. baby lion was not breathing properly at birth and was rushed out of the operating room to the NICU (neonatal intensive care unit). 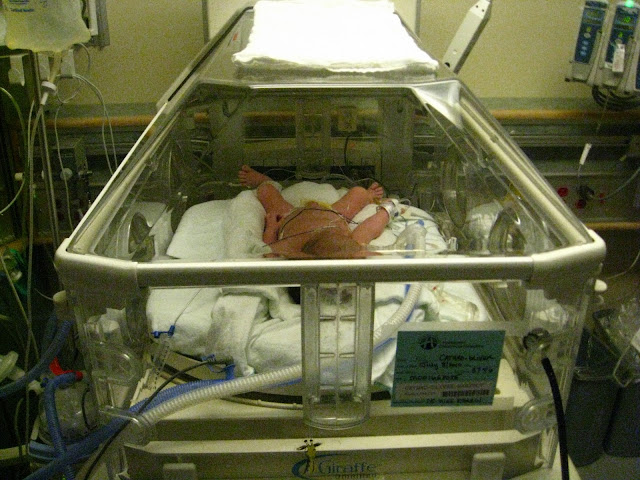 well, another long birth story a bit shorter, after a week in the special care nursery lion was finally allowed to come home. bear was finally able to meet his little brother as was everyone else.

i struggle with the births of my sons. to this day i carry tremendous guilt and so desperately wish i could have birthed my boys at home, in the peace and quiet of a dimly lit room, with soft music playing, and in water, with the love and support of my dear hubby and my midwives. people keep asking if we’ll have a third child, you know, to have that home birth finally. i’m not going to go for a third, just so i can TRY to have a home water birth. there are no guarantees as we have learned. also, getting pregnant and birthing again, means a whole new person would be joining our family. it’s not quite so cut and dry. all i will say is, we’ll see.