kids really do say the darndest things.
we have gotten quite strict about some things around the house. i am trying to encourage bear to tidy up his toys after he is done playing with them. sometimes it works and sometimes it doesn’t, so now i threaten to put the toy in the basement if he doesn’t get cracking. it sounds harsh, even to me as i type this, but we live in a small house and things really need to get put away. and really, tidying train tracks means putting them in a bucket, or collecting all the itty bitty lego and putting them back in their designated bin. today bear wouldn’t help tidy the train tracks and he told me “i love things in the basement”. fine, if you insist kid.

we were back at the airport picking up mummo from her adventures in finland. we watched some planes land first, parking illegally on the side of a road that circles the airport. it was super exciting and both boys were thrilled to see the planes up so close.

inside the airport all the little people lost it, because they were so over tired by the later than usual evening and the excitement of watching the planes. bear was actually a disaster and the only way we could contain him was by dear, dear, hubby carrying him up on his shoulders. but wait, he was already carrying lion in the ergo, so it was quite the endeavour! 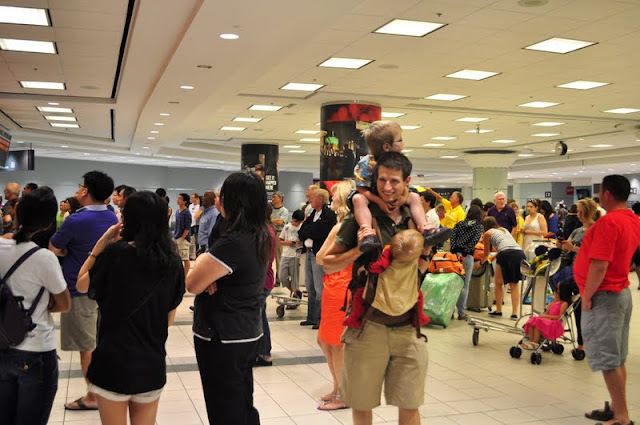 look at that summer bouquet my dad is holding, you can almost taste the sunshine and heat in those yellows! we also made this beautiful sign for mummo. it’s a map of finland coloured and stickered boldly by the boys. the guy peaking from behind the sign is our friend, ironically visiting from finland! 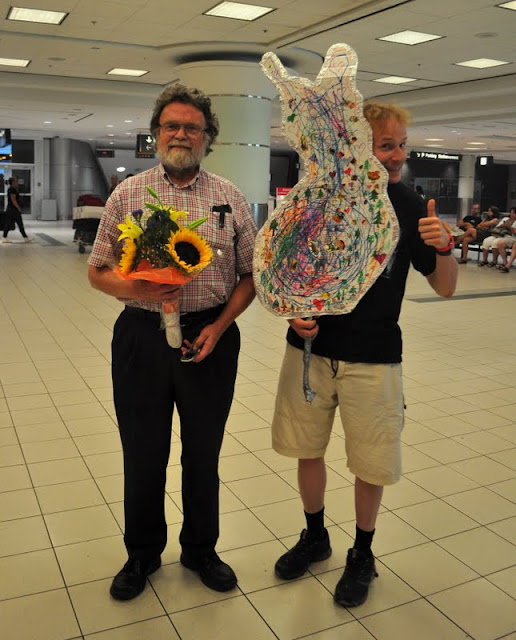 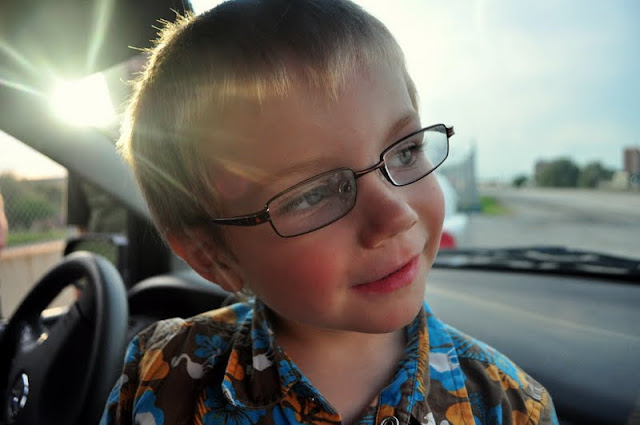 here’s hoping for glorious weather this weekend. hurricane irene is doing her thang along the eastern seaboard, but i don’t want her to rain on us. we had such a tense night on wednesday with the tornado warnings that i am so over the storms. plus, we’re hoping to hit niagara falls.